Today delivering a mobile experience to users is not limited to a native app. The scope goes beyond to hybrid and cross-platform development as well. For better understanding, let us put light on each one of these approaches to mobile app development. 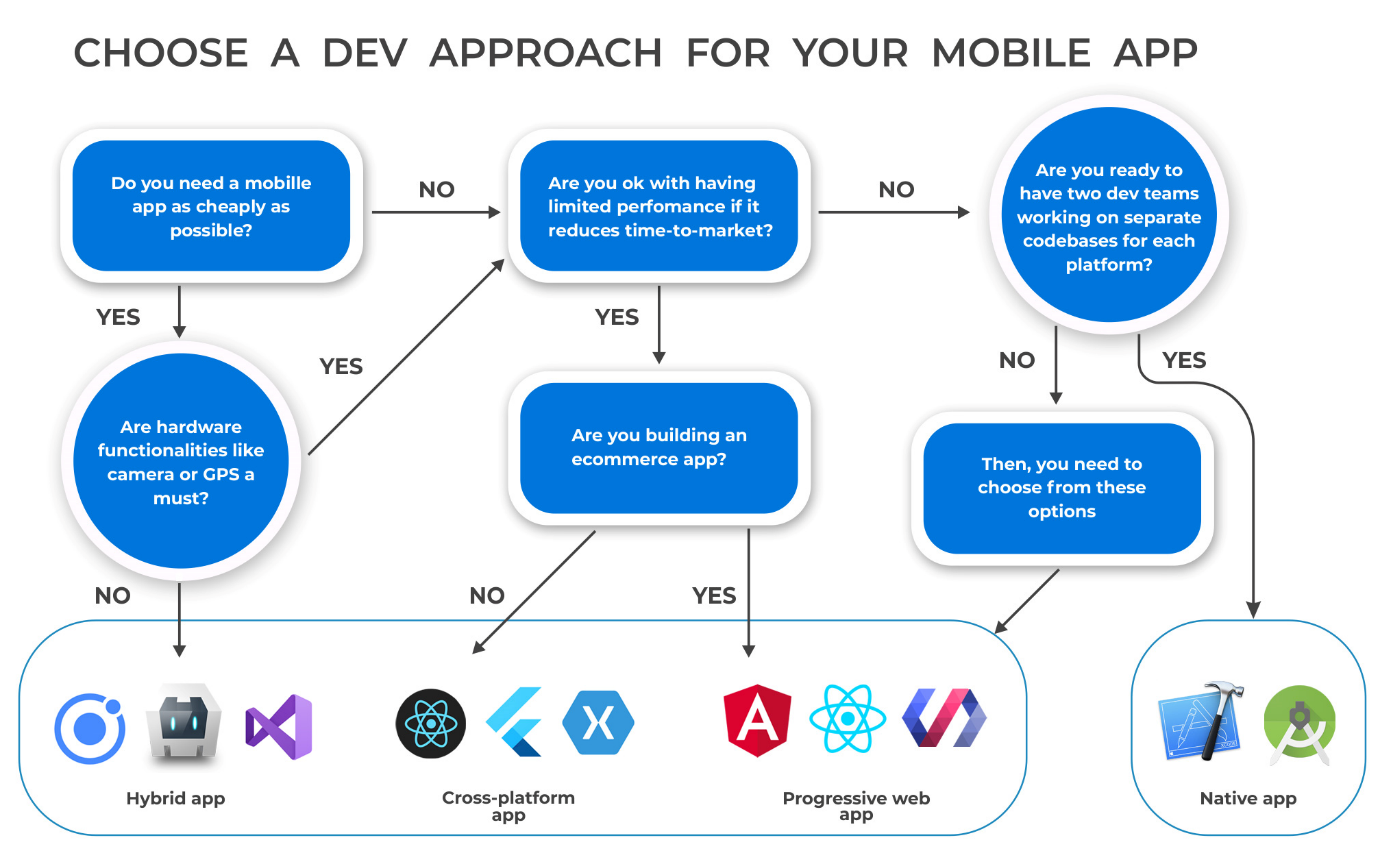 It is one of the expensive methods of mobile app development and is limited to a single platform only. For that purpose, developers use a programming language that is native to the operating system in use. For instance, it can be Java/Kotlin for Android and objective C/Swift for iOS. Native App development comes with high performance and customizable feature as per the platform UX.

It is an economic and fast-to-develop & deploy alternative in mobile app development, which also allows code sharing. Though developers can create appealing UX and navigation patterns, low performance and sub-optimal user experience come as an attachment. Since Hybrid apps mingle well with mobile web elements, the developers use HTML, CSS and JavaScript coding technologies before wrapping it in a native container called the WebView.

This platform also permits code shareability like hybrid approach and has fast deploying speed. The coding platform is JavaScript which connects native components via bridges. The cross-platform system uses a native rendering engine and provides a native-realistic UX. Cross-platform apps are platform-independent and offer seamless functionality, easy implementation, and cost-effective production. The downside is average performance and painstaking customization as it is limited to the framework you use.

It is like a hybrid approach. PWAs are based on web technologies and run in a browser. They do not require prior installation, and yet you can access the app on the home screen. Its highly optimizable nature for UX makes it progressive. A PWA works offline and provides GPS access, push notifications, and much more for Android. iOS (latest 12.2 release) has constraints as there is no camera access, no default launch image, no installation API, and other issues. Development of PWAs is cheaper and faster than a cross-platform or a native one. PWAs stands as an excellent medium for E-commerce mobile app.

Consider the above vital points to decide upon the approach that can best fit your mobile app requirement.

Looking to solve a digital challenge?